Alternate title: There are no views on Street and Nye 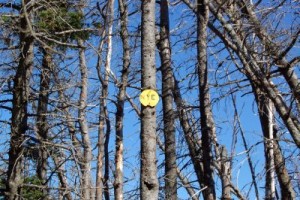 Overheard at the Loj: “We are saving Street and Nye for a rainy day because there are no views”.

Today’s lesson: There usually are views if you take the time to look (and don’t be an eavesdropper at the Loj). Please enjoy the rest of this somewhat tongue-in-cheek post:

“Save Street and Nye for a rainy day”.  We led a group hike to Street and Nye on Saturday 10/12 and we should have taken that advice. Our first mistake was that it wasn’t raining. 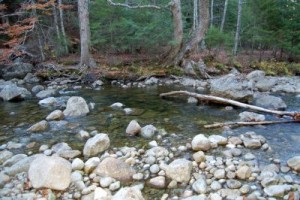 In addition to fouling the sky with blue, it was warm and the dry conditions led to a mundane crossing of the Indian Pass Brook (note to self: gotta come back when the weather is more appropriate; if the water isn’t rushing waist-high, what’s the point?).

We must have been a little too eager and crossed before we reached the cairn and had to walk 50 or 100 yards along the opposite bank and then on the dry part of the stream bed itself to find the cairns and resume the herdpath. 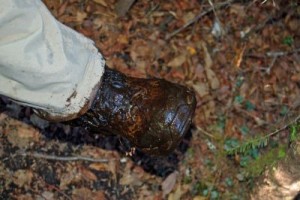 This is an 8 mile hike from Heart Lake, but it takes longer than you would expect due to a narrow treadway, numerous blowdowns and mud. I got suckered into doing the limbo under one blowdown only to stand up on the other side directly into a second blow down. Good thing it was only my head. Most of the leaves are down and they did an effective job of concealing sections of boot sucking mud. To be fair, most of the footing wasn’t bad, although presumably not as good as it would be on a rainy day.

We got a bit off the herdpath several times, but picked up back up fairly easily each time. 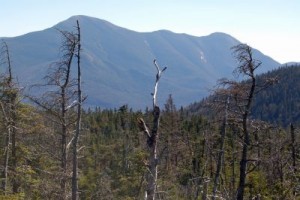 We stayed for too long enjoying a leisurely lunch at the summit of Nye and kidding ourselves that the following views could be seen just off of the summit:

Leaving Nye the way we came we could almost imagine what Street would look like if it could be seen from Nye: 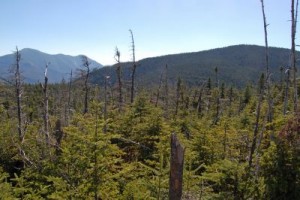 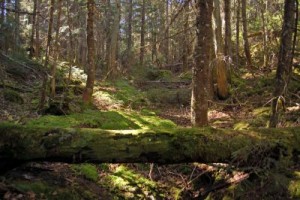 But alas, there are no views and we had to content ourselves with a little dappled sunlight filtering through the canopy near the col. 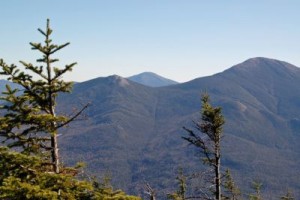 From there it was off to Street where there are no views to be found near the summit. It would have been nice if there was a short herd path to a rock with some decent views. It would be even better if from there you could shimmy down a steeper ledge, walk a few feet and cross over a deep cleft between two rock slabs and emerge on a ledge with views like this: 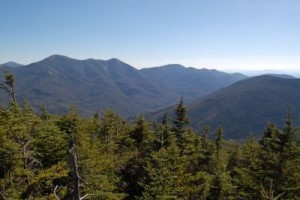 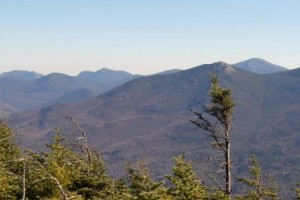 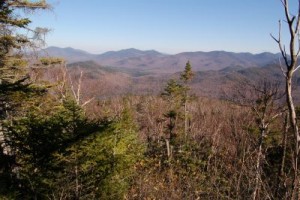 t would have been nice to see such views, but of course there are no views on Street.

We had to settle for this nice view of Mt Jo and Heart Lake on the way back.

All in all a very enjoyable hike, despite the weather. 😉