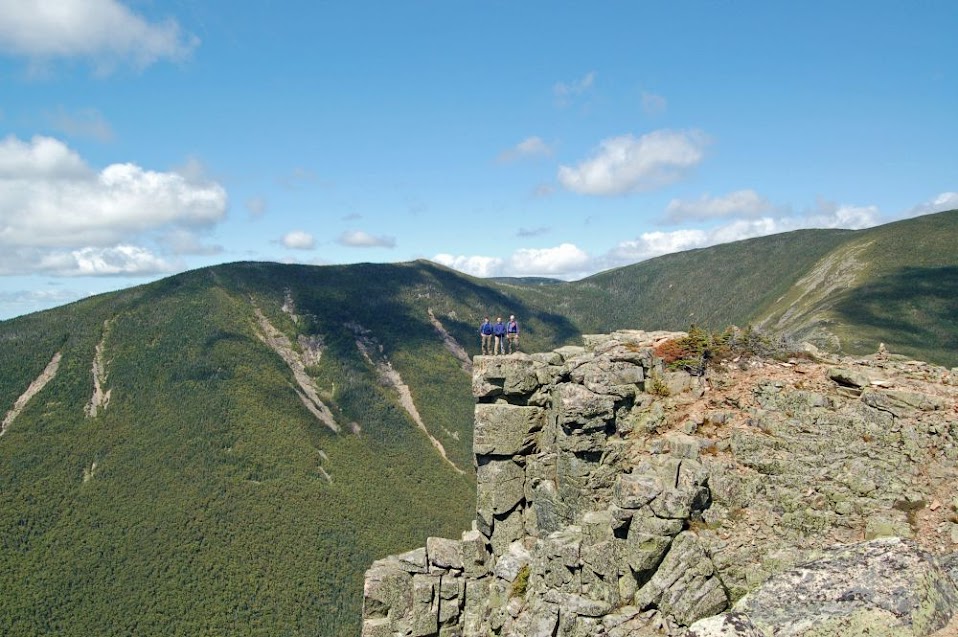 We spent two consecutive nights at the AMC Galehead hut.

On Day 1 we hiked to Mt Garfield, then over to the hut via the Garfield Ridge Trail. After a very full dinner at the hut, we did an easy evening hike to the nearby summit of Galehead Mountain.

On day two we hiked out and back hike to Bondcliff Mountain, passing over South Twin and Mount Bond on the way and also making the side trip to West Bond. All of these peaks have great views, but the nearly 360 views of the Pemigewasset Wilderness from West Bond are among the most spectacular in the Whites. …

On day three after breakfast at the hut, we re-climbed South Twin and headed out via the North Twin Trail, passing over North Twin Mountain on the way.

This is a great 3 day adventure and highly recommended. The day two hike is the easiest way to reach the Bonds, but is still a full day for most people and should not be underestimated. When the weather is nice and the visibility good as it was for us, it is one of the most inspiring routes in the White Mountains.